As members of the tech community, we are always on the look out for the newest gadget or emerging technology. We are also fans of the science fiction genre, so occasionally our worlds collide and fiction starts to become reality. One of our favorite franchises is Star Trek and many of the items in that series have begun to appear in real life. Here’s a short list of some of our favorites:

The PADD or Personal Access Display Device is a hand-held computer interface used throughout the space-faring organizations within the Star Trek universe. PADDs are often used for a variety of functions including crew manifests, duty rosters, diagnostics, personal logs and more. In 2010, the PADD became a reality with the introduction of Apple’s iPad. This lightweight and powerful computing tool has worked its way into our daily lives with its ability to take photos, video, play music and support countless applications and games. As of March 2016 the App Store hosted over one million apps for the device.

Throughout the Star Trek series, whenever a crew member was away from the ship, they had the ability to phone home using their communicators. These handheld devices would flip open revealing an antenna, controls, a speaker and microphone. In later series this device was scaled down to fit as a badge worn on the uniforms of the crew members. In 1996 Motorola introduced the StarTAC, a clamshell design often referred to as the first ever flip phone. This device was almost identical in looks and functionality to the original series communicator, but of course, was not able to call any starships as that would require additional satellite technology. Bluetooth technology, however, has advanced to provide us similar interfaces for our mobile phones that work similar to the com-badges found in the later Trek series.

One of the almost magical devices found in the Trek universe is the replicator. It has the ability to reproduce nearly anything from just a digital blueprint. Today, we have 3D printers which may not be at the same level as their fictional counterparts, but still offer a surprising amount of practical functionality. The cost of 3D printing has dropped dramatically in recent years making them commonly useful for printing replacement parts or prototype models.

Star Trek may not have inspired the development of all these devices but the show certainly popularized the concepts. Many scientists have certainly been inspired by the adventures of Captain Kirk and the crew of the Enterprise. We look forward to seeing other Trek inspired technology develop into the real world.

Mobile web traffic surpassed desktops back in late 2015. Since that time, mobile device usage has skyrocketed with 57% of all web traffic now mobile. More than ever before, people have a higher expectation of their mobile experience with brands on their phone. Every experience matters and with users primarily interacting on their phones, it’s more important than ever to get it right.

We have a few observations and tips that you should focus on to help your users have a quality mobile experience. One of the biggest complaints from mobile users is that they have a ‘slow experience’. Google provides a testing tool to address this and will report how well your site performs in a mobile environment.

Finding the information that a user is looking for is also critical for having a successful mobile presence. Simplifying the site navigation on mobile devices is part of the solution. Incorporating a ‘hamburger’ menu with direct links to important information is something we incorporate into all our responsive web sites.

Interrupting the mobile experience should be done with great caution. Pop-ups and full-screen ads that block people from seeing your content contribute to a negative mobile experience. On a desktop it may be easy to just ‘click off’ an ad but on mobile is may completely lock the viewer out of seeing any relevant information. The Coalition for Better Ads provides some good insight into the least preferred ad experiences for desktop and mobile web.

With rapid advances in technology and users spending more and more time on their smartphones, providing a quality mobile experience is key to your online success.

Drive space and file management is one of the most difficult concepts to adopt for most computer users. It doesn’t take long to fill a hard drive these days. Even the most modest user has digital photos, HD videos and music files that all contribute. Clearing out or backing up files can be a daunting task.

Manually exploring the finder, looking at files and folders and trying to determine what is taking up all that space is time-consuming and frustrating. We found an app with a great UI that makes this process much easier.

DaisyDisk is an interactive disk space analysis tool that is simple to use and immensely helpful. Once you choose a drive to scan, DaisyDisk creates a graphical version of all your folders in a circular pattern or map. It separates the highest level folders into primary colors. Folders with the most data are shown as large wedges making the culprits easy to spot.

The full version of the app ($10.00) allows you to interact directly with the scanned files so that you may preview or delete them instantly. The trial version limits this capability though it does provide the file path so you may navigate quickly using the finder. 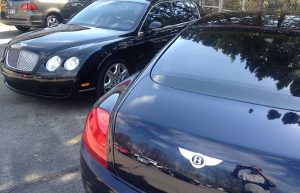 We’ve known Dale at Euro Classics for years and finally convinced him of a much needed site overhaul. His shop was well known in the enthusiast community for their quality and craftsmanship. Our mission was to help him expand his reach to all import car owners regardless if it was a Volkswagen or a Ferrari.

The solution for Euro Classics was based off a Laravel PHP framework. Our custom blogging platform allows Euro Classics to easily maintain their shop news without the need to learn a full CMS. For our web development team, coding the pages directly in an IDE is considerably faster than the drag-n-drop or WYSIWYG interfaces associated with most platforms. This allowed our team to turn the site around much faster and with greater control over the appearance.

We look forward to seeing the site perform well as there is a fair amount of competition among Foreign car repair shops in the Dayton area.

OmniSpear, Inc. has a long history of working with non-profit organizations throughout Dayton, Ohio and the surrounding areas. One of the organizations we work with is Habitat for Humanity of Miami and Shelby Counties (HFHMSCO). Their charitable work goes beyond just building houses. We were tasked to help them convey that message and their mission. 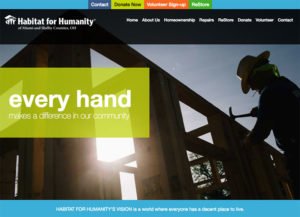 Once Habitat international released new branding and messaging standards, the existing HFHMSCO site had become outdated and needed a full refresh. We worked closely with their staff to outline the elements and structure of the site in preparation for a new look. Together, we slimmed down the site helping them target their message to the appropriate audiences. Once the structural outline was complete, we moved on to their branding and messaging. The new site features strong graphical elements which reflect the new colors of Habitat for Humanity. We also direct visitors with clear calls to action and provide engagement through the use of a news feed and blog.

We are proud of our work in the community by assisting organizations like Habitat for Humanity. You may learn more about their mission by visiting their new site: https://hfhmco.org 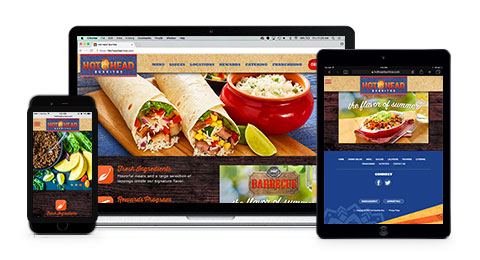 OmniSpear just rolled out a fresh new look for Hot Head Burritos and we are excited to announce its official release today! We enjoyed working with the Hot Head team to make their vision come to life online.  As true burrito connoisseurs, we can definitely say we were passionate about this project. 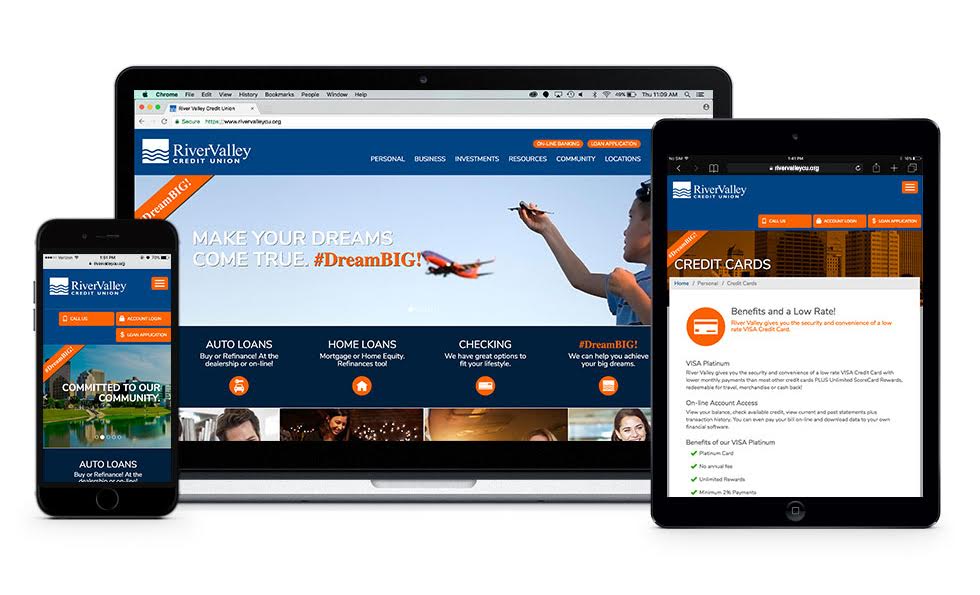 OmniSpear is proud to announce the launch of a new website for River Valley Credit Union today, rivervalleycu.org. Created with the user experience firmly in mind, the site has been designed using the latest technology so the site is compatible with today’s browsers and mobile devices. Our company takes great pride in offering pertinent website design and maintenance support. We understand that a successful website enhances your business and performance for clients and customers. OmniSpear trusts that River Valley Credit Union – already respected for checking, savings and all other business and account options it offers for diverse populations – will continue to prosper through the online services it provides to members!

Take a look at www.rivervalleycu.org! 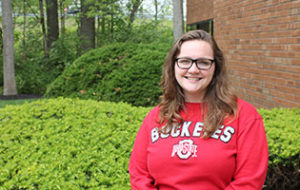 OmniSpear is thrilled to welcome Victoria Killebrew as she joins forces with our team for her school internship.  Victoria is an up-and-coming design major with experience in web development, and we are eager to get her take on design with the freshest set of eyes we could find.   Welcome Victoria! 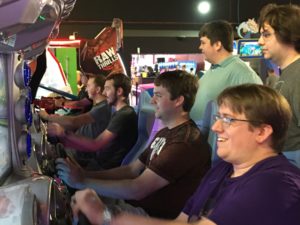 What better way to celebrate successful project launches than to head out to Scene75 for a day of games, Go-Karts, bowling and bumper cars?  Our group had a great time enjoying some team building this past Friday.  A few competitive rounds of Go-Karts, game racing and mini-golf challenges really helped pump us up for upcoming projects! 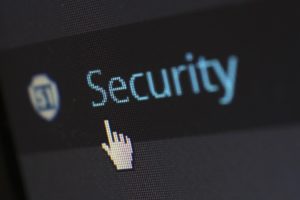 We are looking forward to tonight’s Dayton PHP meetup hosted by OmniSpear.  The topic will cover many of the latest website security breaches and how they were successfully achieved.  There is still time to RSVP: Dayton PHP Meetup.